The handling of the large amounts of data, for example regarding films or genres, was particularly demanding. Here, a clear indexing concept and an automation concept regarding meta data and content had to be developed. 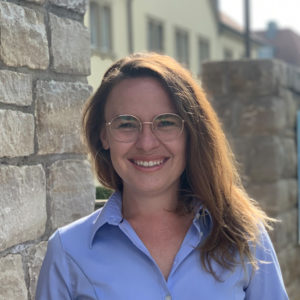 I’ve had incredible fun working with kinoundco.de for many years. It simply motivates me to see that our concepts work so well and that we have been able to sustainably increase the website’s traffic!

At the beginning of the cooperation, kinoundco.de had no rankings in the top 10 – today there are over 1,800 – and the tendency is rising!

In 2020 alone, we collectively increased organic traffic by 120% compared to 2019. Compared to 2016, organic search is now the number 1 traffic provider.

Through the long-term SEO strategy and the continuous implementation of appropriate measures, the visibility increases sustainable!

During the relaunch of kinoundco.de, we were able to provide direct advisory support and tips on what needed to be considered from an SEO perspective during the project. After a detailed website audit, we were able to determine the next steps and a long-term strategy together with our counterparts.

The kinoundco.de website has an extremely large number of subpages. This is a challenge for search engines, because crawling resources are limited. To ensure that Google regularly visits the important subpages (which have a high search volume, meaning that numerous users are potentially interested in them), can index them and later also display them in the search results, the indexing had to be clearly controlled. Together with our counterparts, we were able to formulate rules about which subpages should be included in the Google index and which should not. These rules were then also implemented technically.

After a detailed keyword analysis, we were allowed to create content for the genres and best lists. We were also able to provide conceptual support and advice on the semi-automation of certain content. We were also able to place the news that kinoundco.de publishes in Google News in the collaboration, thus achieving more range for the content.

In order to increase the awareness of kinoundco.de and to present itself as an expert in the cinema environment, up-to-date content is provided again and again. For example, new films are presented. These contents are spread actively by us in the web. This way we can not only increase awareness and position kinoundco as an expert, but also collect backlinks, mentions and thus recommendations. In the long run, this helps to increase the visibility of the domain and achieve rankings. During Corona, kinoundco had to rethink due to the difficult situation for the cinema industry. A home cinema section was built and content was then also distributed through our content outreach department.